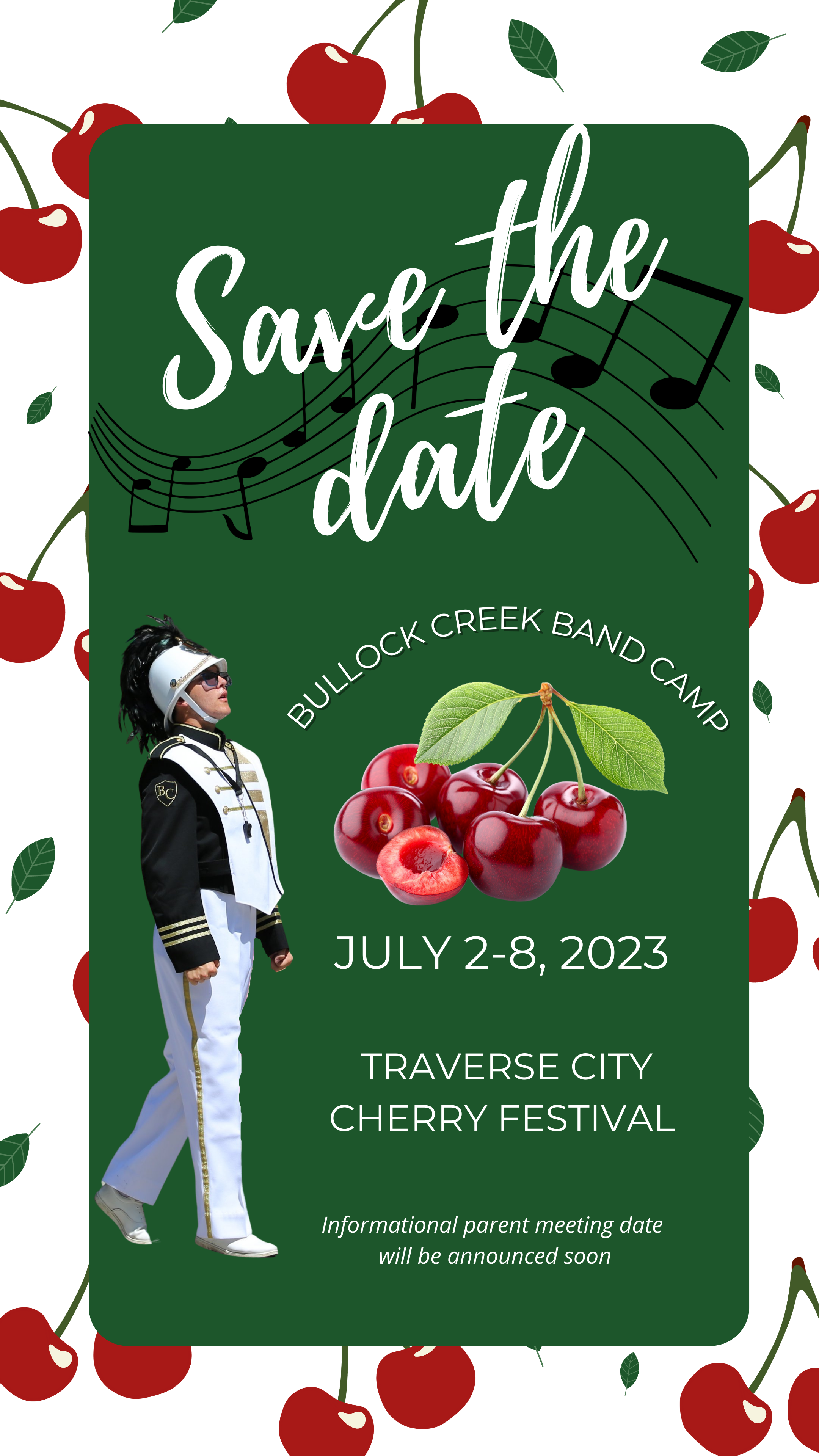 Our Band Camp coincides with the Traverse City Cherry Festival (typically during the beginning of the month of July), and the band wraps up its week of camp by marching in both the Junior Royale Parade (Thursday night), and the Cherry Royale Parade (Saturday morning). We have made some friends along the parade route as well, by stopping and paying special attention to those who advertise their love for the bands.

At the end of the school year, the students will begin to bring home information about the current year’s band camp.  Please be watching for this paperwork and also be watching the Band App and Facebook for announcements and instructions regarding band camp.  There are many details to attend to, so your help is appreciated in meeting deadlines and providing the needed supplies for your students so they can have a successful week.

Many volunteers are also needed to make Band Camp a success, whether you stay on site with the band as a chaperone, or just camp nearby and volunteer for a day or two (or three or four :-).  You will gain a whole new appreciation for the hard work and dedication of our band students as you watch them learn and grow throughout the week.

Below is an image that shows the approximate parade route for Saturday’s Cherry Royale Parade in red, and the preferred area where Creekers like to sit. Also below is a link to a printable map that you can take with you if you go up to see the parade(s).  The Band always stops and performs for the Klepper Family in this general area, so it's a great place to see the band strut their stuff.  Remember, it is always a good idea to finish watching the parade and then come and pick up your student, since the band still has additional work to do once we arrive back at Band Camp.

If you are not able to come join us at camp OR if you are just coming up to watch the parade and wish to pick up your student when band camp has concluded, be watching the Facebook page for (lots of) pictures, updates and instructions. 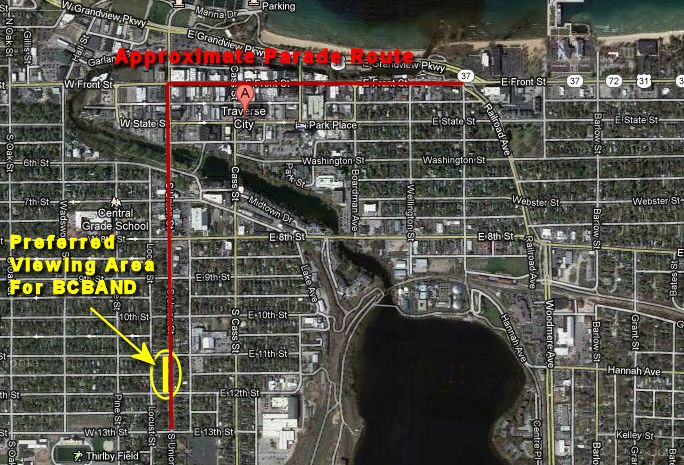 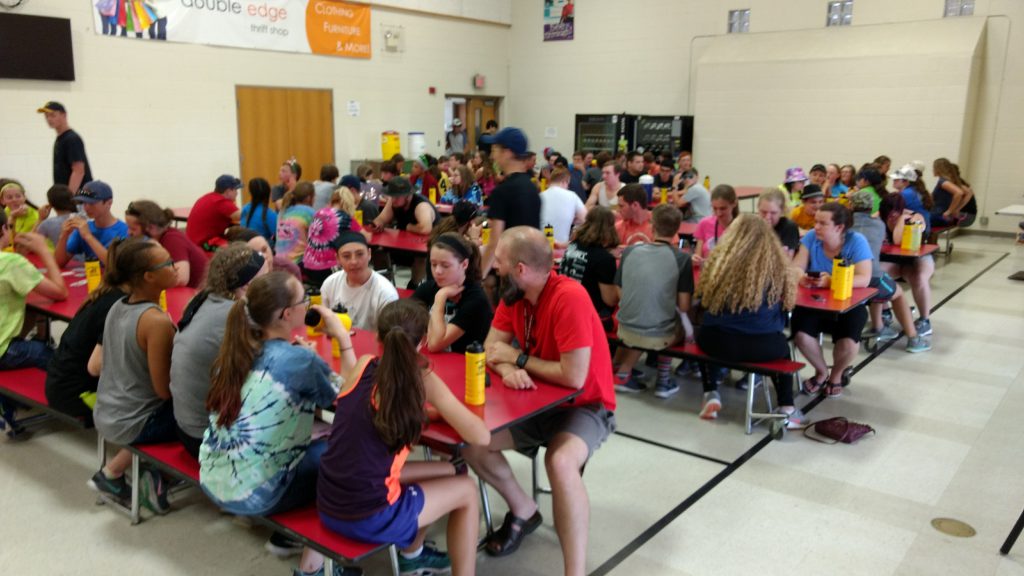 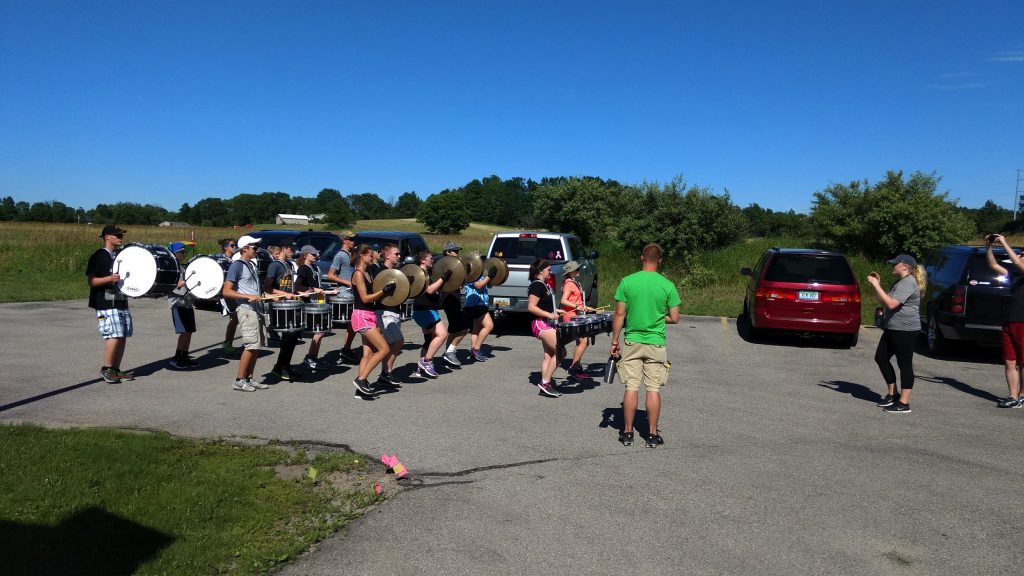 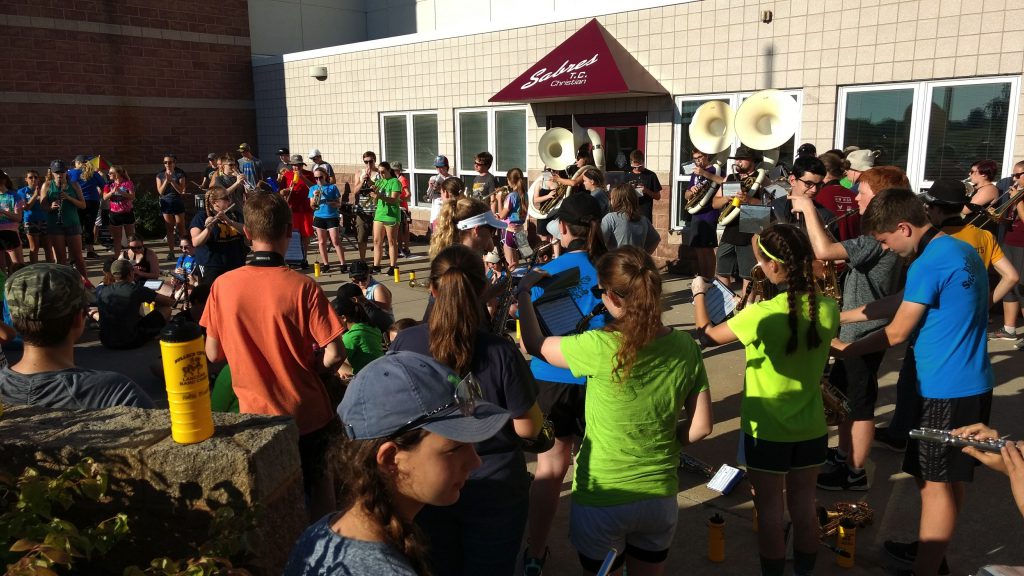 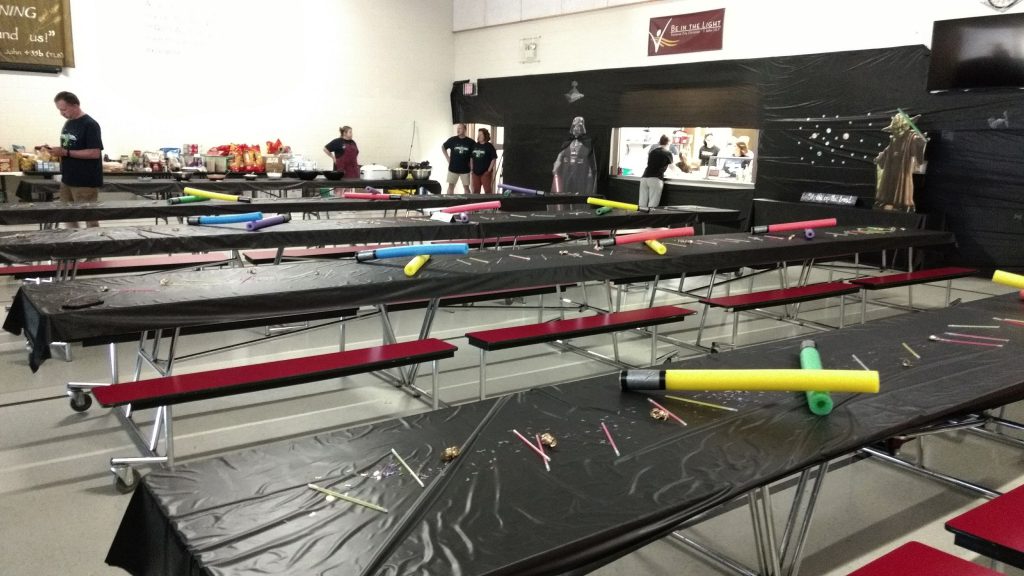 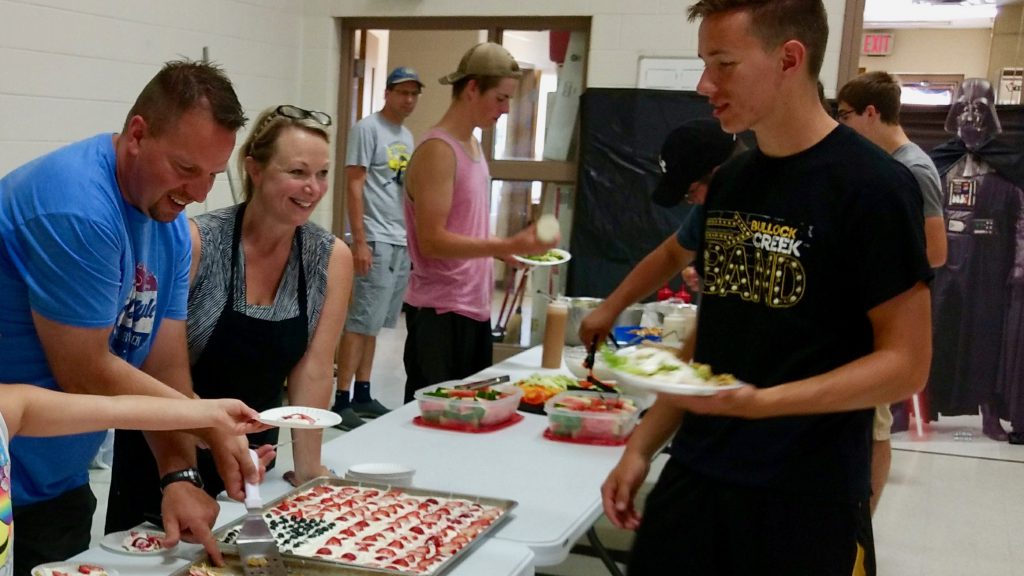 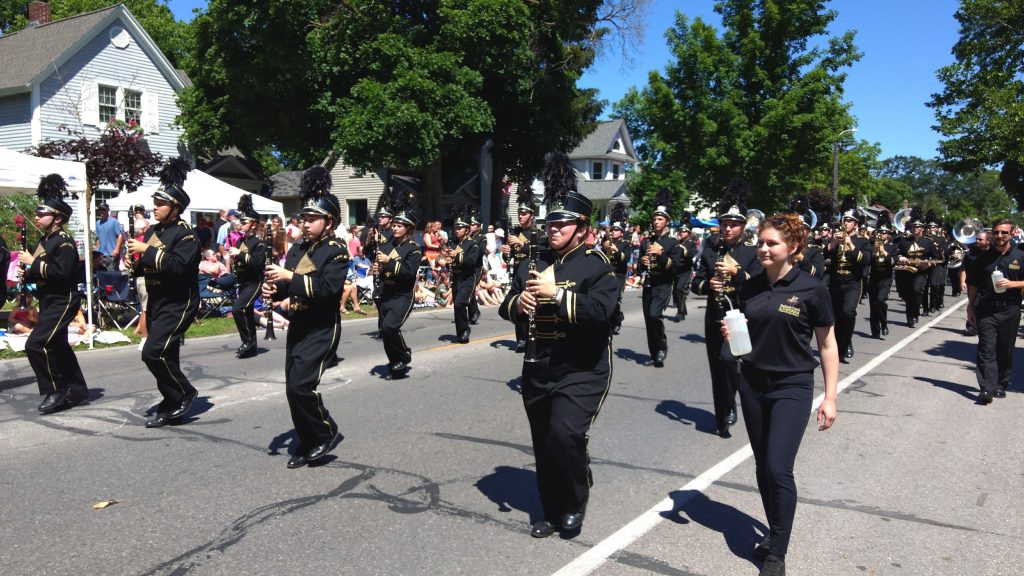